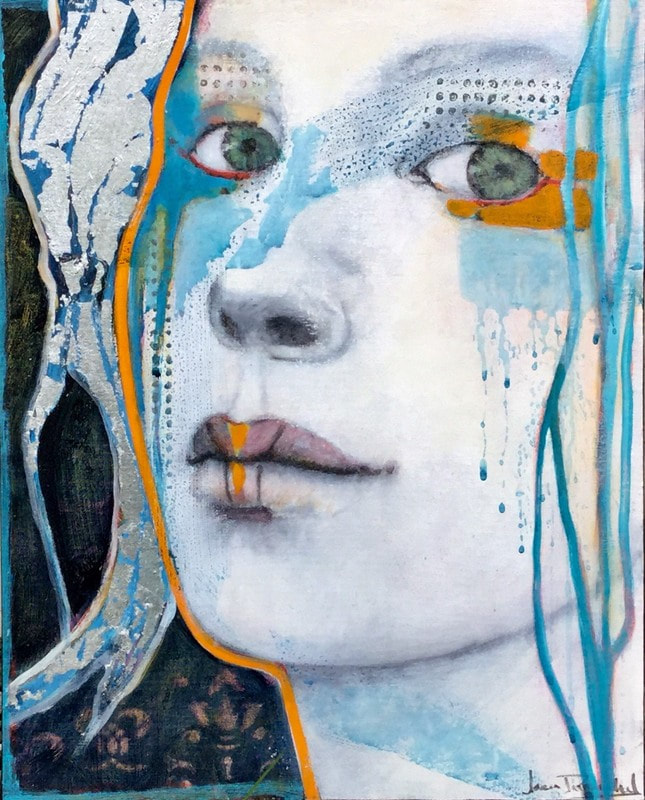 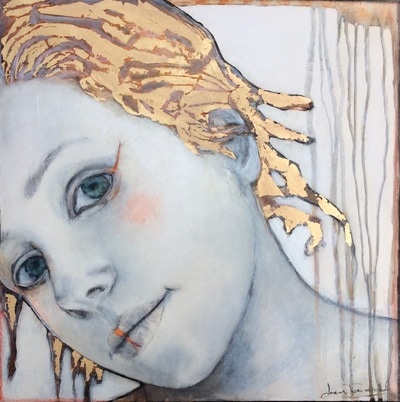 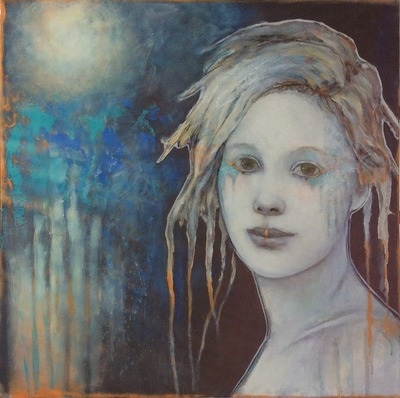 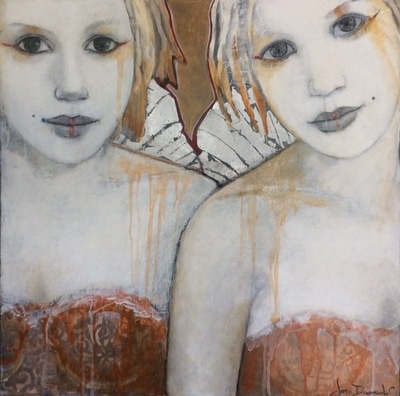 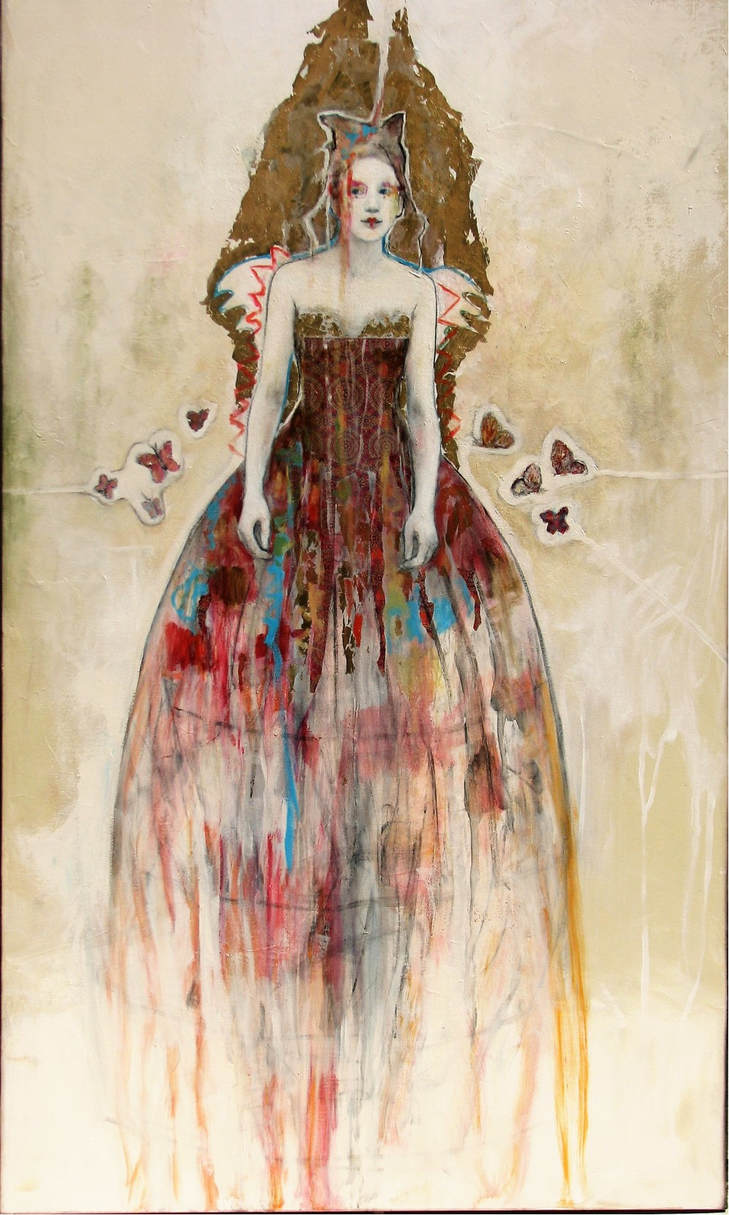 When I create figures, I inhabit them for a moment and I see myself living my emotions and my fantasies through them. It fascinates me... and it appears to me that this is the magical in creation.
-Joan Dumouchel 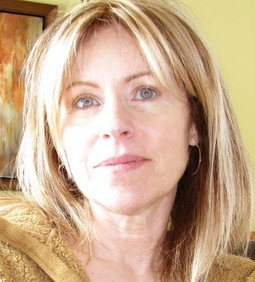 ​Developing her own style and language, Joan Dumouchel created a metaphorical universe, the human figure in the heart of the action. Illustrating an imaginary world, the paintings magically invite the viewer in the artist’s creative atmosphere. Performers, like in a fairy tale, are edging along the fine tightrope of human frailty on which life’s expectations, tenderness, the meaning of life, lost and found loves are stretched. Her paintings, determined by a confident touch, reveal both knowledge and intuition. She is able to bring to life the canvas with theatrical characters, exalted in space. Silence emerges from the characters evoking hearts full of hope in a velvety private space, as if we were invited to sneak in the atmosphere of a magical box.
-Robert Bernier, “Autre monde, autre espace”, 2003.

Born and raised in Montreal, Joan Dumouchel demonstrated artistic tendencies at a young age. As a child, she constantly drew objects and figures. Drawing gave Dumouchel a creative outlet which allowed her to express her inner thoughts and emotions, a trait which can still be seen in her artwork. Dumouchel developed her interest in portraiture and figurative painting while studying at the University of Quebec in Montreal.
​
Dumouchel’s subject matter is inspired by her daughter’s work as a circus performer. She was interested in examining the unique world of circus performers in her artwork. Her lively, theatrical figures exist in a timeless, dream-like world that is full of colour and exuberance.  Although these figures cannot speak, they reveal themselves emotionally in their eyes and facial expressions.

Domouchel begins her work by creating charcoal drawings to experiment with different expressions and then elaborates on these when creating her final composition. By working away from her original drawings, Dumouchel steps outside of reality to create images that open up the viewer up to the realm of the fantastic.  While maintaining contemporary mannerisms, Dumouchel’s style of composition harkens back to Renaissance sensibilities in portraiture and ornamentation using gold leaf. The majority of her work is guided her instincts and created on artistic impulses. Her use of colour is explicitly dictated by the emotions she sees in these figures and used to convey these emotions to the viewer.