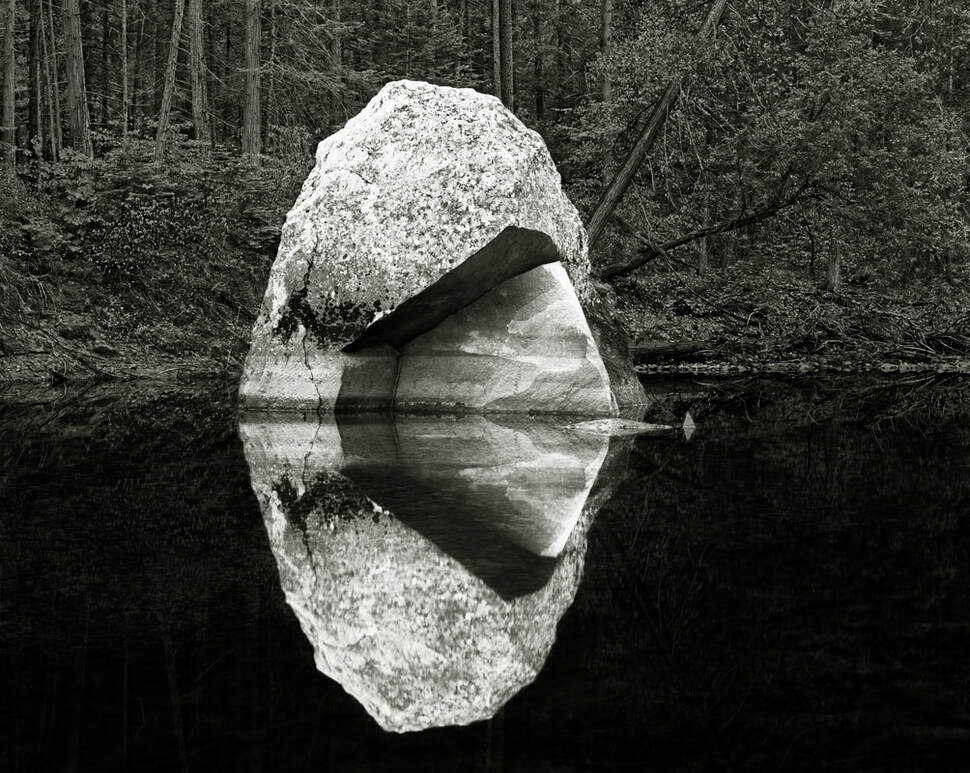 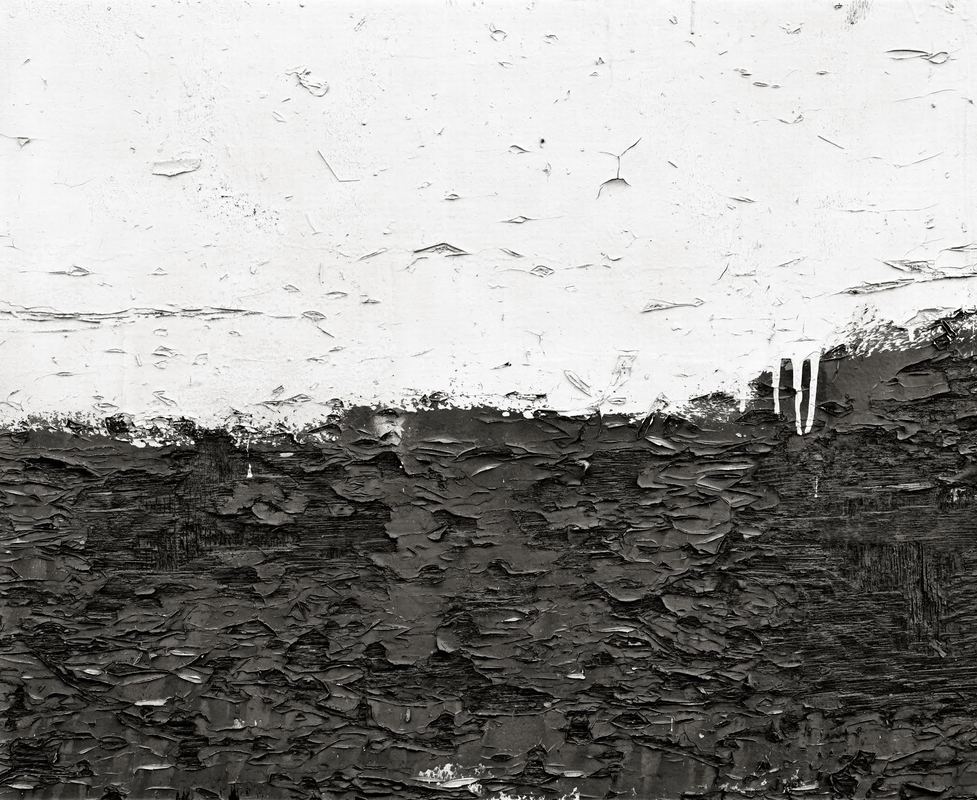 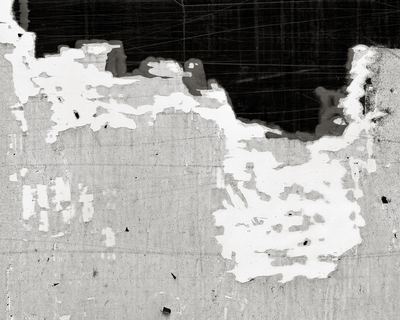 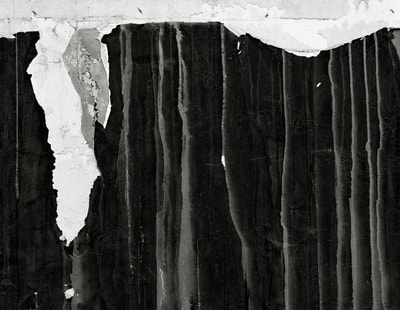 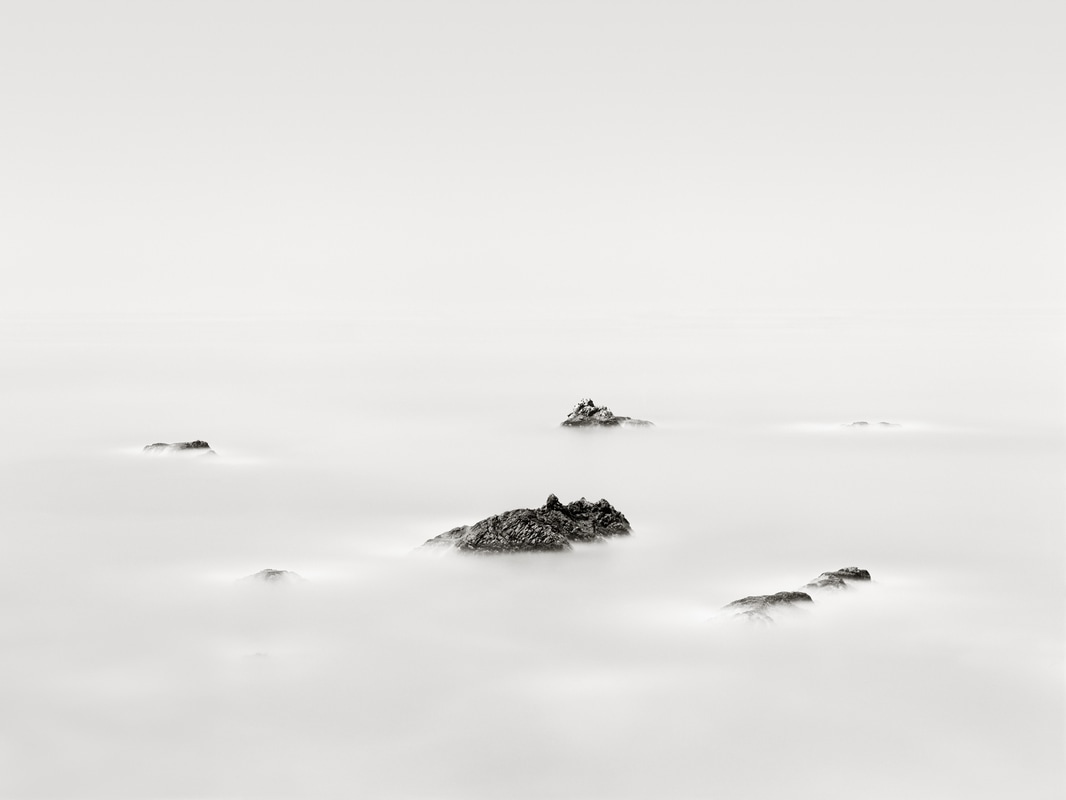 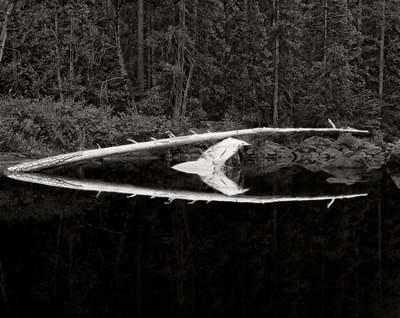 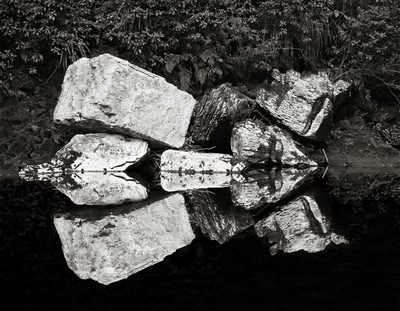 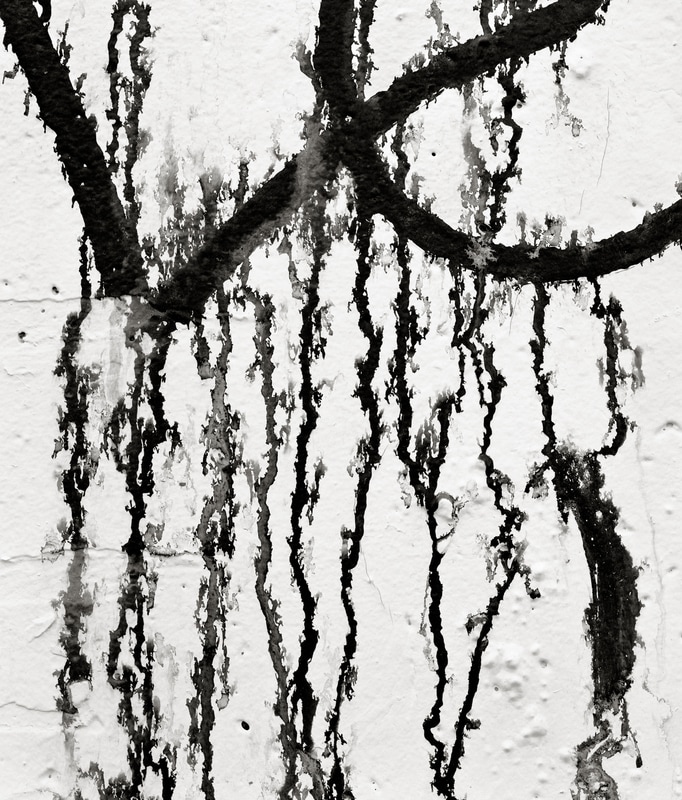 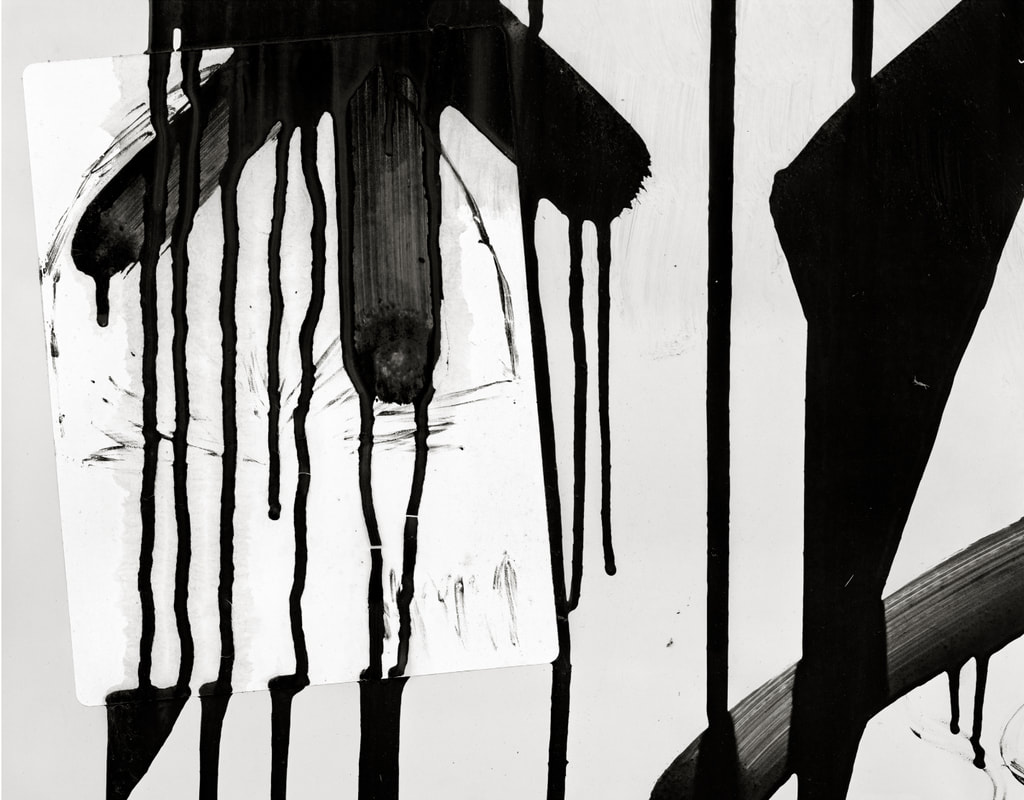 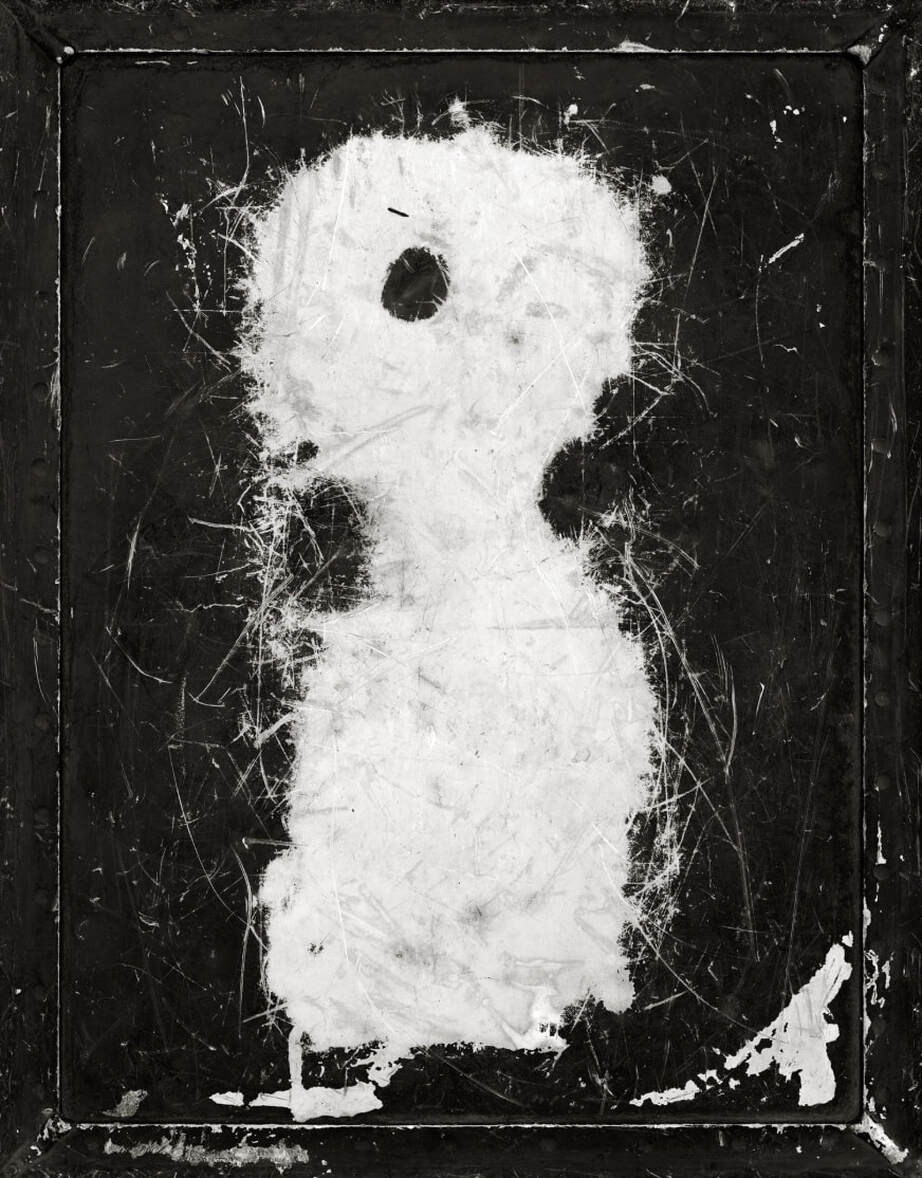 Photography is a pursuit of passion. It is passion that makes one wake an hour before sunrise, and hike carrying thirty pounds of camera gear, in search of a meaningful composition. It is what makes one stand at the coast, alone at 1am, while film is receiving exposure by the light of the full moon. Passion is what sustains the photographic drive, when one is forced to spend days confined to the space of a car, waiting out dramatic weather. It is why an 8x10 view camera, modern multicoated lenses, meticulously tested film and developer, an Aztek drum scanner, the precise controls of Photoshop, and the smooth tonal scale of a carbon pigment photograph is necessary to the attainment of a manifestation of the mind's eye.

Learn More About Michael Cone
Michael Cone was born in 1983 in Los Angeles, California. A few years later, his family moved to Mendocino, a small town on the Northern California coast. Frequently spending time in the outdoors, he quickly developed a deep appreciation for the wilderness. In high school, in 2001, he began experimenting with a 35mm camera and color film. With the birthday gift of his own 35mm camera, and a five-day workshop at Sierra Nevada College in Lake Tahoe, he discovered an affinity for the world of black and white photography. He returned home determined to resurrect his parent’s old darkroom, having found a medium with which to convey his wonder for the natural world.


From the outset of his photographic journey, Michael strove for technical precision. He quickly found the inherent graininess of 35mm film insufficient for the photographs he sought to make. A medium format camera became the next stepping-stone, but once more it fell short in its conveyance of tonalities and textures. In 2003, after taking a workshop in Yosemite, he acquired a 4x5 view camera, which finally provided the tonal depth necessary for translation of his vision. A few years later, when he desired to make very large prints, an 8x10 camera became his primary tool for achieving the resolution necessary for evocative images.


The larger the original negative, the more tonality, texture, and emotion can be brought to the final print. Even with a print five feet wide, Michael feels it of the utmost importance to ensure that the original qualities of the subject are properly realized. He wants viewers of his photographs to not only step back, feeling the emotion of the entire image, but also be able to put their noses to the print and “dance in the details.” For him, using a large camera is indispensible to the attainment of the mind’s eye in the final print.


For some time, Michael focused almost exclusively on the natural world. However, in 2010 he became increasingly drawn to the photographic possibilities that lay in abstraction. Graffiti on a concrete barrier became the catalyst for an evolvement of vision. “An individual had taken black paint to a white concrete road barrier, scrawling the word ‘enter’ across its surface. An ensuing rain made the pigment run in fascinating patterns. I photographed the entirety of the ‘enter’ with my 8x10 camera, as well as taking a reference shot with my digital. Upon arriving home, prior to developing the film based photograph, I began experimenting with the digital snapshot, cropping to create smaller sections of the ‘enter.’ It quickly became apparent that I had to return once again to the concrete barrier, for the true photographic potential lay not in the wide, all encompassing arrangement, but rather in one that isolated smaller compositions of true abstraction.”


With that, a world of possibilities seemed to open. Michael has since been fascinated by abstraction. Recently, he has brought his approach to abstraction back to the landscape. Utah is a place of great enthrallment for Michael, where he has spent considerable time exploring and photographing the ruins and rock art of the Colorado Plateau. He had long marveled at the sandstone canyons, with their walls streaked with desert varnish. In time, his marvel turned to inspiration and motivation, and he began applying his sensitivities of abstraction to the canyon walls. Although still in progress, the body of work is one that holds great excitement for Michael.


From the outset of his time in photography, the ocean has always had a powerful hold on Michael. It is never still, yet seemingly infinite and timeless. He is drawn to the expanse of the horizon, the transition from sea to sky, where the immovable coast meets the sea, and the edifices of stone just offshore. Long exposures are frequently employed while photographing the ocean, due to the transformation it creates. “The ocean is never unmoving, often chaotic or violent. It is all we ever see, as humans with our eye shutter speeds of 1/100th of a second,” says Michael. “A long exposure induces a departure from reality. When stretched into minutes, it brings a softness to the water, and creates a wonderful contrast between the quieted sea and the rocks that rise from it. The two words that come mind when thinking about how I try to convey the ocean and its rocky monuments are “silently powerful.”


The ocean is not just a draw for Michael during daylight hours. Nights of a full moon, he ventures out to the coast to make photographs. Exposures can exceed three hours, with star trails gracing the night sky. “Once again, our eyes have limitations. Where we see darkness, a piece of film, if given sufficient time, sees fully. I find it almost magical to stand on the bluffs, on a moonlit, windless night, listening to the surf below, while my film is slowly receiving light.” The increased scale of time is evident in his peaceful moonlit scenes.


Although each body of work is varied in its subject matter, one can find a common underlayment throughout Michael’s photographs. A certain atmosphere is present, one that intimates to the viewer that what was seen, to a certain extent, was not truly there. His original subjects are those in which a potential has been recognized, but it is Michael’s vision and sensitivities that allow for its realization.

Michael Cone has been represented by the Sundaram Tagore Gallery, with his work being shown at their galleries in Beverly Hills, New York, and Hong Kong and is Currently Represented by Stafford Gallery.


His photographs are held in private and public collections, in the US and abroad.